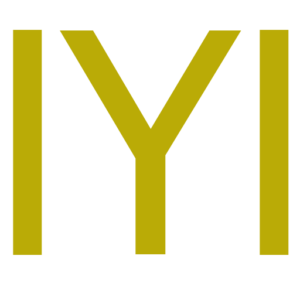 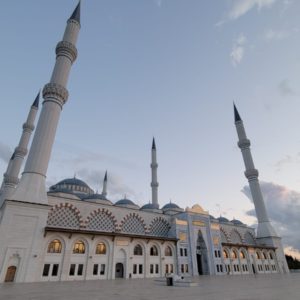 Experience infamous Turkish hospitality directly from the heart of an authentic Turkish home in Istanbul. Spend a day learning to make traditional Baklava in a warm, loving environment. The steps will be explained and translated by a guide who will accompany you during your learning and will be demonstrated with love and care by knowledgeable housewives. Despite the workshop being flexible with timings, we usually start at 10:00 or 10: 30 am.

The meeting Point is in our office which is in Sultanahmet Area around 10: 00 AM
Google Map: https://goo.gl/maps/DBdREhYA4z92  and then we will take you to Sefakoy, a stunning example of a modern Turkish neighborhood within Istanbul. ( Ps: If you want a Private pick-up service let us know !!! )

Your day will consist of 3-4 hours of creating the baklava. After this, while the baklava is being cooked, our guide will take you to Aqua Florya for 1 – 1.5 hours of free time in which you can relax, shop, and sightsee to your heart’s content on the seafront.

After a short 15-minute drive back to the kitchen, you will learn how to make the syrup that is poured over the baklava to give it its finishing touch.

Home Made Baklava Workshop Lesson in Istanbul then delivered to your hotel the next morning once it is 100% ready, as the syrup needs time to cool and seep into each layer of the baklava. And there you have it! A unique skill and a home that will stay with you for a lifetime …

You must taste baklava during your stay in Istanbul. The recipe may sound too easy to be true: chopped nuts are spread in between the phyllo (yufka) layers, dressed with butter, baked, and sweetened with syrup or honey. But the excellence depends on the quality of the flour, the thinness of the dough (phyllo), and the proportion of the syrup.

Baklava is a rich, sweet pastry featured in many cuisines of the former Ottoman countries. It is a pastry made of layers of phyllo dough filled with chopped walnuts or pistachios and sweetened with syrup or honey.

If you look for information on baklava on the Internet, you will face not only the Turks but the Middle East, the Eastern Mediterranean, and almost all the peoples of the Balkans. Greeks, Bulgarians, Armenians, Jews, Arabs, Baklava as their traditional sweet.

Considering that the Middle East, Eastern Mediterranean and the Balkans once constituted the Ottoman geographical area, it can be considered that baklava is regarded as an Ottoman dessert. But, because of the perception of “Ottoman” as “Turk”, this characterization is not welcomed especially Greeks and Arabs.

The Greeks claim that the Turks got the baklava from Byzantium. Professor Speros Vryonis, who is trying to prove this claim, writes that the likes of kopte or kopton (koptoplakous), very popular in Byzantium, look like a baklava.

According to American journalist Charles Perry, who argues that the baklava is not from Byzantium but from Central Asia, it is not a dough job like koplava or baklava, but a kind of confection. Among the two layers of beaten sesame and boiled honey are walnut, hazelnut, almond or poppy mixed with honey is done putting.

Sula Bozis, an Istanbulese Greek, refers to a Byzantine dessert named kopti, which is made putting a mixture of walnut, sesame and honey in the air between two thick yufka in a book about the culinary culture of the Istanbul Greek Cypriots. The recipes of this dessert were found in old food books from the Greeks.

If a confectionery, yufka-based paste work, which is a sesame paste-based sweet, is turned into a dessert, then it may have turned into multi-layered yufka-based baklava. But it is also necessary to explain how yufkan entered the Byzantine culinary arts.

Professor Speros Vryonis says that the nomadic Turks find the culinary culture poor, telling them that the products they have obtained from their diet, the vegetables and fruits they find, and the simple sheet of bread and satiation of their bellies. Nomadic Turks could not make full bread because they did not use the oven; They are cooked on portable sheet and they are known as yufkıları bread. Today, even homemade bread dough cooked on a sac as in many regions of Turkey.

It can be accepted that the nomadic Turks who know the yufkayı basic food have formed layered pastry works putting various mortars between individually opened and cooked yufkas. It is also possible that they use sweeteners such as cream and honey as mortar and make multi-layered dough desserts. These are the roots of baklava.

Charles Perry sees Azerbaijan as a sign of evolution that allows the arrival of the classic baklava from the baked banana bread baked on the shabfire in the traditional sweet, Central Asian steppes known as Baklava. Baklava is a dessert made by putting hazelnut peanuts between eight layers of loose grapes.

Pointing out that Azerbaijan is on the way of immigrants from Central Asia to Anatolia, Perry sees the baklava as a product of the contact of the nomadic Turks with the established Iranians in this region. “The baklava is like a mixture of baked potatoes in the Iranian tradition, pastries with pistachio nuts and multi-layered bread of the Turks,” he says.

Though it is an assumption, it comes closer than the claims of the Greeks.

Whether in the roots of baklava, in ancient Greece, in Byzantium, or in traditions of nomadic period of Turks or Arabs, it is necessary to accept that the Ottoman period received a delicate and refined look that could be described as the classical baklava of today.

The oldest Ottoman record about baklava is the Topkapi Palace kitchen books belonging to Fatih period. According to this record, baklava was baked in Sarajevo during the satirical year 878 (1473). In the middle of the 17th century, Evliya Çelebi, who was a guest of the Bitlis Bey’s house far from Istanbul, wrote that he had baklava. It is written that in the “Surname” of the Vehbi, which describes the grand wedding of Sultan Ahmed ‘s four sons in 1720, all guests were given baklava.

From these records, it is understood that in almost every region of the Ottoman Empire, the known bean paste is consumed mostly in the palace, in the houses, in the banquets, in the festivals.

It can be said that the effort to please the hard-boiled wealth and position holders has turned baklava from a simple pastry business into a sophisticated kitchenware that requires mastery.

Some researchers, such as Bert Fragner from the University of Bamberg, note that the eating and drinking tendencies in the Ottoman Empire were shaped the taste and preferences of the Istanbul society.