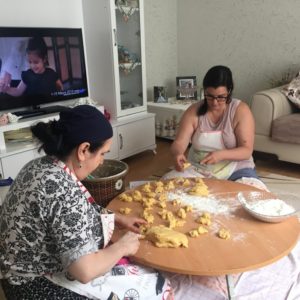 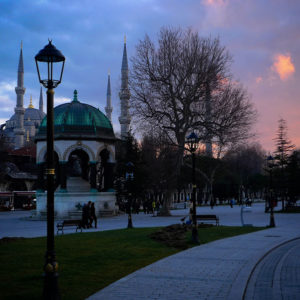 Our visiting starts at  09: 45 Am between 10: 00 am and we pick you up from your hotel or hostel/apartment in Istanbul with our private AC non-smoker minivan or sprinter. First of all, we will visit YAHYA EFENDI in Besiktas Area.

He was a well-known scholar, having served as a teacher of religious sciences during the reign of Sultan Suleyman the Magnificent. Yahya Efendi had close ties with the palace and was consulted by the Sultan throughout his life. After retirement, he built a dargah, numerous buildings, and charitable trusts in Beşiktaş, and planted trees in the area.

Aziz Mahmud Hudayi (1541–1628),  Şereflikoçhisar,  Üsküdar), is amongst the most famous Sufi ermiş’s (Muslim saints) of the Ottoman Empire. He was a mystic, poet, composer, author, statesman, and Hanafi Maturidi, an Islamic scholar.

Born in Şereflikoçhisar, he completed his studies in a medrese in Istanbul. He was the Sheikh of Sultan Ahmed I who constructed the famous Blue Mosque and especially gained the respect of Sultan Murad III. He read the first Friday prayer in this mosque on its opening. He is a descendant of Junayd of Baghdad, and being descendant of Husayn ibn ‘Ali, he is a sayyid. He is therefore of Hashemite ancestry.

He founded the Sufi order Jelveti. He also served as qadi in Edirne, Egypt, Sham (Syria), and Bursa. He was a murid and khalifah of Üftade Hazretleri. He wrote about thirty works, seven of which are in Turkish. His disciple was Mustafa Gaibi, a prominent Sufi from Ottoman Bosnia.

His supplication, “Those who visit us when we are alive, and those who visit our grave after our death and read the Fatiha when passing by our tomb are ours. May those who love us not drown at sea, may they not suffer poverty in their old age, may they not pass away without saving their faith,” has prompted many sailors of the Ottoman Empire to visit his grave before going out to sea.

He died in Üsküdar, Istanbul, and is buried next to his mosque.

Joshua’s Hill (Turkish: Yuşa Tepesi or Hazreti Yuşa Tepesi), a hill located on the Asian shore of Bosphorus in Beykoz district of Istanbul, Turkey is a shrine containing a mosque and a tomb dedicated to Joshua (Turkish: Hazreti Yuşa). The sacred place, 180 to 195 meters (591 to 640 ft) above sea level, is also an important landmark for vessels coming from the Black Sea. At the summit of the hill is a terrace with benches for the comfort of pilgrims visiting the mosque and the tomb of Saint Joshua. To the north of the hill, Yoros Castle is situated.

At the top of the hill, a giant symbolic grave stands, known to the Europeans as the “Giant’s Grave”. It is believed by some Muslims to be the tomb of Prophet Joshua. Alternative traditional sites for the Prophet’s tomb are situated in Israel (the Shia shrine at Al-Nabi Yusha’), Jordan (An-Nabi Yusha bin Noon, a Sunni shrine near the city of Al-Salt ), and Iraq (the Nabi Yusha’ shrine of Baghdad.

A flat, rectangular earthen rise 17 meters (56 ft) long and 2 meters (6.6 ft) wide. The roofless area is surrounded by a high cast-iron grate, enclosed by means of an iron netting. The point is that the local inhabitants consider the grave miraculous and come here in order to be healed of their illnesses. But, the iron netting prevents the pilgrim from touching the holy ground inside the fence.

Then we will drive to Beykoz to visit Prophet Joshua ( HZ Yusa ) .. A hill located on the Asian shore of Bosphorus in the Beykoz district of Istanbul, Turkey is a shrine containing a mosque and a tomb dedicated to Joshua
(Turkish: Hazreti Yuşa).

Turkey’s biggest mosque, the construction of the Camlica Mosque is approaching an end. With a capacity of 63,000, it would be the largest mosque in Turkey ..

Istanbul’s towering Çamlıca mosque will be inaugurated in the half-month of Ramadan in 2018, which will start in mid-May, as the last decorations on its dome finish.

Personally supervised by President Recep Tayyip Erdoğan, Turkey’s biggest mosque has been under construction since 2013. The project, which also includes a library, a museum of Turkish Islamic arts, design workshops and conference rooms, has been built on a 15,000-square-meter (161,000-square-foot) area.