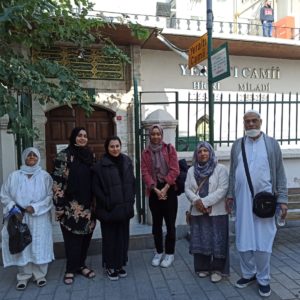 The Tour is a Full Day Tour and Includes a Visit To  :

PS: We will drive moreless 650 KM, which is 410 Miles + Osmangazi Bridge and Avrasya Tunnel …

All Areas are tranquil havens featuring naturally beautiful surroundings. Some places are untouched and as they were when our hero walked through them.

Our friendly knowledgeable tour guides will be on hand to make sure this tour is an informative and memorable one. They will help you transport back in time so you can relive history and will give you plenty of opportunities to take snaps to treasure your time with us or ask any questions you may have.

PS = We are the first travel agency in Istanbul, Turkey that starts this Ertugrul Tour and you can see our Tripadvisor reviews at this link  = https://www.tripadvisor.com.tr/Attraction_Review-g293974-d3735660-Reviews-Istanbul_Life_Cultural_Tours_Day_Tours_Senguler_Travel-Istanbul.html

Ertugrul Ghazi is the father of the founder of the Ottoman Empire, Osman Ghazi. Although the information about him is uncertain, it is known that; he was a member of the Kayi Clan. The ancestors of Ertugrul Ghazi were under the command of Sultan Tugrul Bey of Seljuks and Alparslan and they came to the Ahlat region first. They joined the raids in Anatolia. After Eyyubies had captured Ahlat, Gunduz Alp, the father of Ertugrul Ghazi, migrated to Mardin region. And after the plunder of Mardin by the Mongolians, they left this region and moved through central Anatolia. The Kayi Clan, under the command of Gunduz Alp, migrated to Surmelicukur of Pasinler plain of Erzurum. In a short while, Gunduz Alp fell ill and died and Ertugrul Ghazi replaced him. As the Mongolians advanced in Anatolia, he and his brother Dundar Bey moved through the western parts of Anatolia. In Sivas, they assisted the Seljuk Army against the Mongolians. Alaeddin Keykubat, the sultan of the Seljuks rewarded Ertugrul Ghazi for his service and he gave Ertugrul Ghazi, Karacadag and its province, near Ankara. The Kayi Clan had settled in Karacadag for some time, and later they moved through the Sogut region, in the Byzantine border. He campaigned the Byzantine villages. Ertugrul Ghazi helped Alaaddin Keykubat in the war against the Greek Empire in Emeniderbendi (the region between today’s Pazaryeri and Bozoyuk). The sultan gave him Eskisehir and its province to Kayi Clan. After this success, he marched through the Byzantine borders and conquered Sogut. Sogut became the capital of the Kayis. The campaigns continued and Ertugrul Ghazi gained power and extended his borders.

About Professional Guidance Service in Turkey;

It is against the law for anyone who has not been trained and licensed to function as a tourist guide in Turkey.

Please also note that Guides are not Travel Agents, and are not licensed to make reservations or other travel agency services.

Also, note that Guides cannot be Drivers. The two professions are separate in Turkey, with separate licenses. In fact,  guidelines are prohibited by law from driving clients.